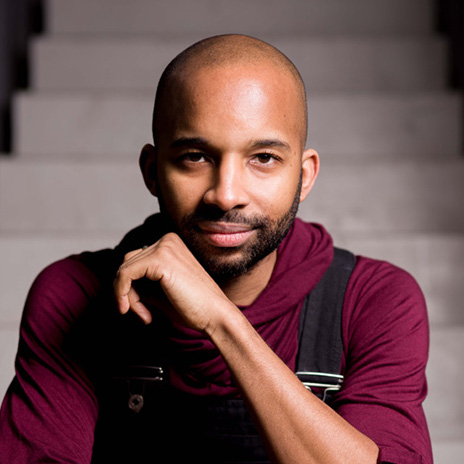 Antuan Raimone is a New York City-based Advocate, Author, TEDx Speaker, and Actor. As a survivor of childhood sexual abuse, he uses his voice to help those who have not found their own. Shortly after becoming a member of the NYC Office of Victim Services Advisory Council, he was a Plenary speaker for their statewide conference. He has given keynotes at the University of Virginia, the SPECTRUM Conference, the United States Merchant Marine Academy and was a panelist for the Men’s Sexual Assault Summit.

Author of Becoming Magic: A Path of Personal Reconstruction and affectionately known as Magic, Antuan’s mission as a Soldier of Love is to empower and encourage others to live a whole life. As a professional actor of 20+ years, Antuan has worked as a Universal Swing for the 11x Tony/Pulitzer/Grammy Award-winning Hamilton. Other career highlights include the 4x Tony Award-winning In the Heights and six years with the Radio City Christmas Spectacular.